A downloadable game for Windows and Linux

Originally made for the Cessation of Existence Jam, but missed the deadline by a couple days. This was made under the mantra:

You only live as long as the last person who remembers you.

For best results, try to play the game at least twice.

The rest consists of CC0 assets from https://opengameart.org/, including characters made with the LPC Character Generator, the cute blocky dungeon tileset, the Town Theme by cynicmusic, a nice drum loop by Marwan Antonios, and others.

Spoiler Warning! -- You might want to try playing the game once or twice, first!

First up, no the game doesn't crash. When you die, you cease to perceive the world, and from your perspective the world disappears. This can be a little jarring. But the people in the world will remember you and your actions. Ask around town as a new character, and you may find they can shed some light on how the old character lived their life and eventually died. Different actions carry different weight, however. If you never accomplish anything notable, it may be only a few years before you fade from people's memory entirely. Achieve something truly noteworthy, however, (in a positive or negative sense) and stories of your deeds may even outlive those who come after you.

Just about everything you do is tracked and added to a running history of the world. This includes every creature you kill, every treasure you retrieve from the dungeon, where you go, and even who you talk to.

Each action is recoreded with a 'noteworthiness' value. When villagers remember the past, they look back through a range of recent years, sort all the actions performed by all characters throughout these years by noteworthiness, and then randomly sample from the top results. This means that eventually they forget everone (because they don't look back through the entire history of the world), and they are more likely to remember characters who performed many noteworthy actions.

What exactly IS 'noteworthy'?

For a baseline, let's say just talking to someone has a noteworthiness of 1 (it doesn't get much more boring than that, but if you manage to die without doing even THAT then there isn't much to remember of you). Bringing someone a desired item is much more notable than just standing around chatting. Killing some(one|thing) is another step up, and completely clearing an area is an even greater achievement. Dying is also noteworthy, with different deaths ranking higher or lower.

The game crashed and I'm CERTAIN I didn't die :|

Ask around town as a new character. Maybe you just grew too old and died of a heart attack. 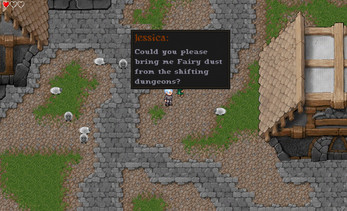 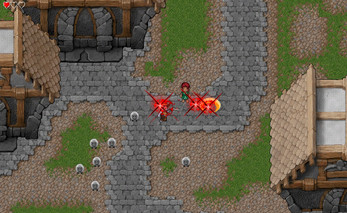 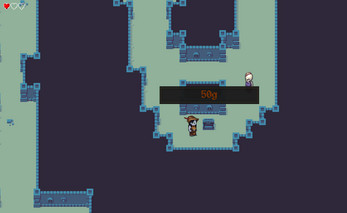 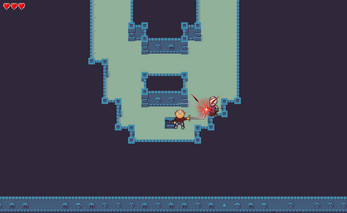 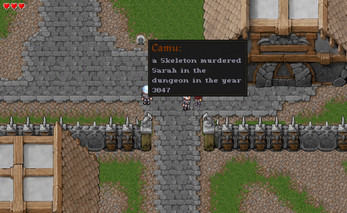 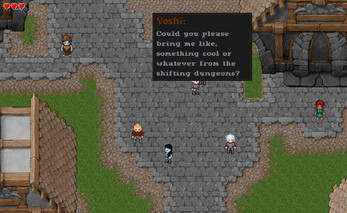 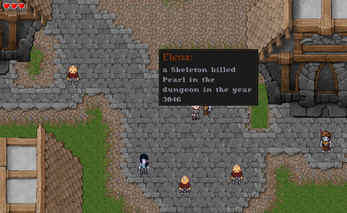